This month’s Spotlights has been written by our intern Martin, wrapping up what has been an eventful year to say the least (and very much uneventful in another sense!). In this year, there have been significant changes to all aspects of life and the world of planning is no different. For more on this month’s highlights and what we might see in 2021, carry on reading…

As the current Aurora Planning intern, I am delighted to bring you the final Aurora Spotlights of 2020. It has been an eventful year to say the least (and very much uneventful in another sense!). This year has seen significant changes to all aspects of life and the world of planning is no different. For more on this month’s highlights and what we might see in 2021, carry on reading…

Chief Planner letter: stakeholder update – this end of year letter highlights key changes that were made to the planning system to overcome and adapt to the challenges caused by Coronavirus – something that has been covered regularly in Spotlights throughout this year – as well as providing details of progress with wider planning workstreams and what to expect in the coming year. Proposals for 2021 include bringing forward measures to support town centres as part of the next phase of the review of Permitted Development Rights (for details on the first phase of which, see our October Spotlights), with an updated Place Standard tool also expected early in 2021 to promote the benefits of place-based working.

National Planning Framework 4 – Scotland’s fourth National Planning Framework (NPF4) is making progress and is a major exercise in collaboration and radical thinking. NPF4 will set out a new plan for Scotland in 2050 and play a crucial part in the transformation of planning in Scotland. As part of the process of preparing this, the Scottish Government has this month published a position statement setting out their current thinking on the issues that will need to be addressed, with this signalling a significant shift from NPF3’s focus on ‘low carbon’ towards a more ambitious ‘net zero’ agenda for NPF4. Stakeholders have been invited to submit any comment on this by 19 February 2021, and details on how to do so are available here.

Scottish Planning Policy – following consultation earlier this year (on which, see our blog post from October), amendments have been made to Scottish Planning Policy and were published on 18 December. Specifically, the ‘presumption in favour of development that contributes to sustainable development’ has been reworded to simply be a ‘presumption in favour of sustainable development’, with the revised wording intended to provide clarity as to how this is defined. In addition, provisions that had elevated the presumption to a significant material consideration in circumstances where Development Plans are out of date, or where there is a shortfall in the housing land supply have been removed, and there have been changes to the way that housing land supply is calculated. These changes reflect the Scottish Government’s view that the planning system requires co-operation from all parties to effectively to deliver good quality development, and the amended interim policy is intended to make the system more transparent, fairer and more consistent with these objectives, ahead of National Planning Framework 4 being adopted in 2022.

Edinburgh City Plan revised schedule – Edinburgh councillors are being asked to consider a revised timetable for a radical plan to build a more sustainable future as the capital city grows in the coming years. Although originally due to be considered this month, the Proposed City Plan 2030 will now be considered at February’s planning committee as disruption caused by the Coronavirus pandemic led to delays in the completion of some of the associated technical reports. This shows the wide-reaching implications of the pandemic on planning! The next stage of the process in early 2021 allows for comments on the proposed plan, with the City Plan 2030 now expected to be adopted in spring 2022.

Heathrow Airport third runway – progress (or otherwise!) of proposals for a third runway at Heathrow airport has been a recurring theme in previous Spotlights and this month has seen the latest stage in that saga, with the Supreme Court ruling that the policy framework for the runway is not illegal (over-ruling the Court of Appeal’s decision from earlier this year that it was – on which, see our February Spotlights). Notably, amongst other findings, the Supreme Court concluded that:

– contrary to the findings of the Court of Appeal, the Paris Agreement is not a statement of Government policy, so that it did not require to be taken into account as such in the Policy Statement in which the framework for the runway is established; and

The firm behind Heathrow can now seek a development consent order for the runway, but a significant amount of turbulence still lies in their way, including having to demonstrate that the runway complies with all relevant environmental rules, policies and carbon reduction targets in place at the time that application is assessed.

Peterhead renewable energy village – a “pioneering” renewable energy village has been proposed for a site close to the existing Peterhead power station and could be operational by 2026. The development includes a large-scale renewable energy park, designed to deliver between 150-200 megawatts of green energy to supply the Scottish grid, with the capacity to power tens of thousands of homes. It also has the potential to be “carbon negative” which would be achieved by removing carbon from the environment by repurposing oil sludge which currently goes unused.

Port of Dundee – further down the east coast and continuing the theme of energy transition and renewable development, construction and civil engineering company Graham has secured a contract for the construction of a new wharf alongside land upgrades at the Port of Dundee. The total cost of the redevelopment programme is around £40m and the project is due to be completed at the end of 2021. This will allow large semi-submersible vessels or wind installation vessels to berth in the port and demonstrates a commitment to bringing large-scale renewable projects to Scotland.

Loch Lomond Flamingo Land – in another long-running saga that has been covered in previous Spotlights, it has been announced this month that controversial plans by Flaming Land for a tourist resort on the banks of Loch Lomond are to be resurrected. The £30m project was withdrawn last year after it faced more than 55,000 public objections (dubbed the most unpopular planning application in Scottish history), with campaigners against the development fearing it would spoil the scenery and limit access to the shoreline for locals. Although a new planning application has not yet been made, the developers reportedly now have revised plans for the site which they describe as including visitor accommodation and walkways sympathetic to the local environment, with public access maintained throughout the site.  It will be interesting to see whether or not opponents to the previous scheme agree.

The Future of Engagement – this survey asked participants how they have adapted to the pandemic in terms of engagement, giving an insight into how engagement may change in the future and whether it will be on a temporary or a permanent basis. The upside to the many negatives of COVID-19 is that there is a fierce appetite from both industry and local authorities to look at innovative ways to ensure the conversations needed to support local decision making continue. The key findings of the report include:

– more than half of the general public surveyed agreed that changes to local places, spaces and services will need to happen to adapt to life post pandemic – and that they want to be involved in these decisions;

– the vast majority of organisation’s which responded (83%) have changed the way they deliver consultation, and almost all said digital engagement would continue to be important post pandemic (93%);

– traditional methods of engagement will though continue to play a role, with a significant number of respondents saying physical attendance is very important to them; and

– the ability to respond digitally may be a key to unlocking participation from a larger, younger and more diverse cohort.

Time will tell whether changes to engagement arising from COVID-19 will ultimately result in better places.

Trump International, Menie, Aberdeenshire – the sand dunes at Donald Trump’s Aberdeenshire golf resort have lost their special status as a Site of Special Scientific Interest (SSSI). The Menie-based golf course has been at the forefront of planning controversy after concerns that the development would seriously damage the SSSI were raised. NatureScot has now concluded that the site’s special features had been “partially destroyed” with no prospect of recovery. The denotification follows talks that have been ongoing since 2016.

With changes to Scottish Planning Policy being hot news this month, Aberdeen and Grampian Chamber of Commerce’s Business Bulletin featured an article by our Director Pippa on the potential removal of the presumption in favour of sustainable development altogether; “Presuming too much or too little?”. This summarises key points from our blog post from October this year, which looked at why this should perhaps be done, and could make for some good holiday reading if you have not read it already!

All that now remains is to say thank you very much to Martin for preparing this month’s Spotlights, and we hope you enjoyed reading the final one of 2020.  The Aurora office will re-open on 4th January, where we look forward to a positive and successful 2021!

Thanks for reading, and happy new year from all at Aurora Planning! 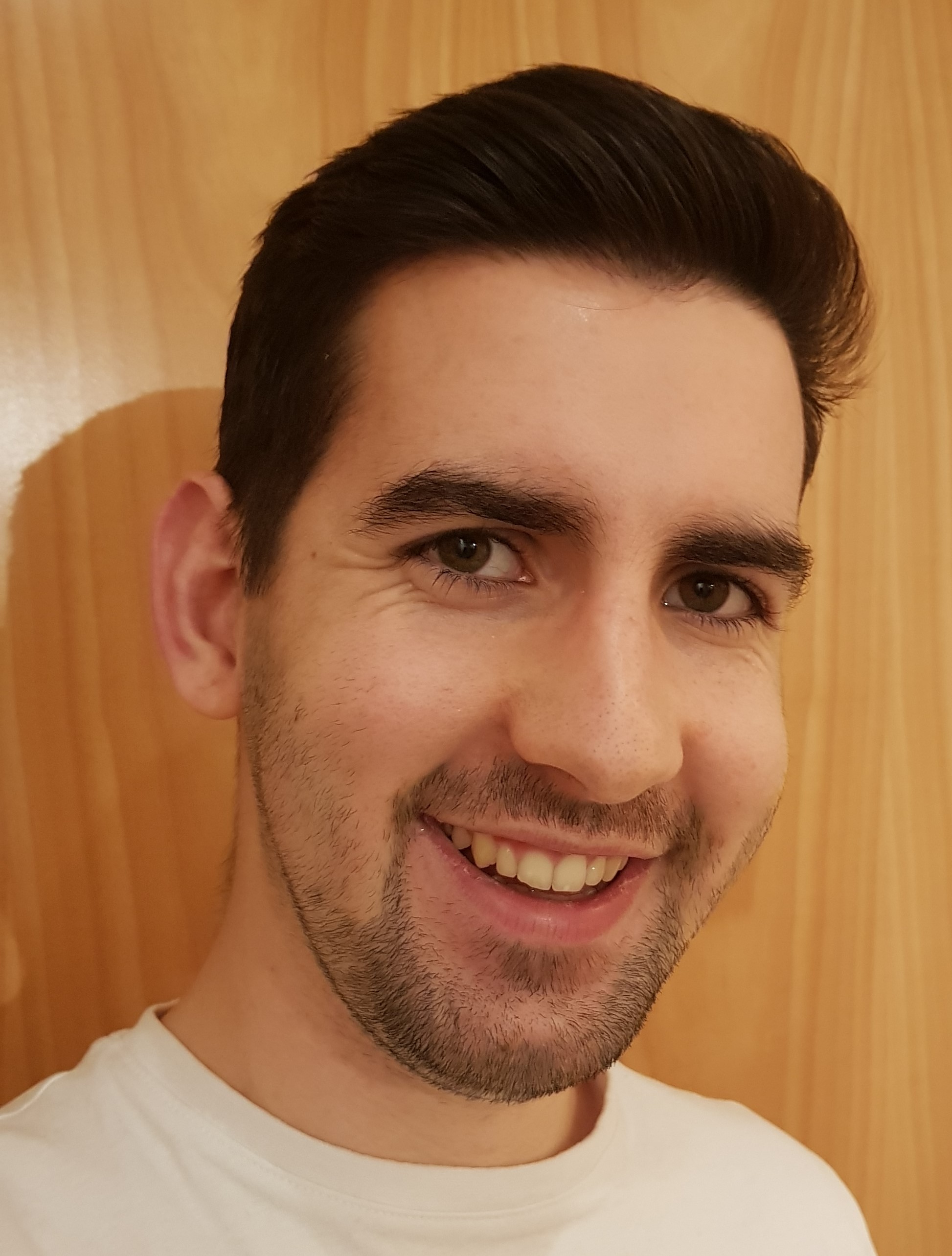 Back to blog and bulletins