February has been a month of extreme temperatures for us, from -18 degrees in Norway (for more on which see below) to +18 in Aberdeen earlier this week - which definitely sounds like the subject for a blog for the future….  But meanwhile, for some of this month’s planning highlights, read on below.

Transport (Scotland) Bill – following the introduction of this Bill in June last year (which, as commented on in our Spotlights for that month, covers a number of issues affecting the built environment), it is to pass stage one of the legislative process on 1st March and proceed to stage two. For further progress with the Bill and how that may work with (or against) the planning proccess, watch this space…

Workplace parking charges – during the debate on the Transport Bill there was a discussion around the appetite for the introduction for a workplace charging scheme.  Nottingham City Council is currently the only local authority charging such a levy, but others in England look set to follow.  Depending on how the revenue from a levy is collected and used, there is the potential for this to be reinvested in measures to improve public transport and fund zero emission mobility measures, and hence improve air quality and the public realm.

The tilted balance – at the end of last month, the Court of Session issued its decision in Grahams The Family Diary Limited and Mactaggart and Mickel Homes Limited against the Scottish Minsters, in which the Scottish Ministers rejection of plans for the development of 600 new homes in Bridge of Allan was overturned on the basis that they failed to have regard to a shortfall in housing allocations.  In this case, the Court found that there was a real possibility that the Scottish Ministers  would have reached a different decision if they had properly taken the shortfall into account on the basis that, in that context, there was a ‘tilted balance’ in favour of the development.  This serves as a stark reminder of the significance of housing land supply to housing applications such as this, and of making sure that decisions are based on all up to date and relevant information! The full decision is available here.

Aberdeen Local Development Plan – Aberdeen City Council has announced that consultation on the Main Issues Report for the next Aberdeen Local Development Plan will run from 4 March to 13 May, during which time there will be a number of drop-in sessions, as well as the opportunity to submit written representations.  Further details are available here and, if we can offer any support or advice with regards to responding to the consultation, please don’t hesitate to get in touch.

Stead’s Place, Edinburgh – at the end of last month, Edinburgh City Council’s Development Management Sub-Committee refused an application by Drum Property Group to demolish a red sandstone building within the Conservation Area on Leith Walk and to replace it with  a mixed use development, including affordable housing flats, student accommodation, a hotel, restaurant(s), space for potential community and live music events, a pub and/or other commercial uses.  The application has been subject to a lot of interest with a strong and active local campaign group lobbying against the development, but was supported by the Council’s planning officers. The Committee refused the application contrary to the officers’ recommendations primarily on the basis of the members’ judgement about the balance between, on the one hand, the loss of the existing building and its contribution to the character and appearance of the Conservation Area and, on the other hand, the quality and design of the proposed replacement building.  That is always going to be a difficult balance and one which many planning authorities will require to address in aiming to support regeneration in difficult economic times.

Coul Links Inquiry – this week saw the start of the public inquiry into the proposed new golf course at Coul Links near Dornoch in Sutherland, the planning application for which was called in by the Scottish Government.  The key issues in the case will be the proposed development’s impact on national and international heritage designations, and whether these are outweighed by economic and social benefits, which, to justify the development, would require evidence of overriding benefits of national importance.  We have a particular interest in this case having provided planning evidence for Not Coul, representing the interests of those members of the local community who are concerned about the potential environmental impacts, as well as reflecting the position taken by the Council’s planners, SNH and other environmental interest groups.  As such we’re keeping up with the Inquiry proceedings through the webcast, available here.

Greyhope Bay, Aberdeen – we were delighted to see this week that Greyhope Bay have been granted planning permission for their ‘Dolphins at the Battery’ project - a viewing platform, exhibit space, and coffee point at Torry Battery to be created using repurposed shipping containers.  The development could now be open as early as June this year.  More information on Greyhope Bay is available here and we look forward to seeing the ‘Dolphins at the Battery’ project take shape (and then hopefully going to visit for a coffee and some dolphin viewing later in the year!).

A highlight for us this month was definitely spending the first few days of it in Norway, where we lucky enough to see the aurora borealis every night bar one!  Which is why this Spotlights is topped and tailed with slightly different from photos from usual…  And a link to the hutting blog that we wrote on the back of our experience is available here.

Meantime, to find out how we can help with any aspect of the planning process, please visit our website or email us at info@auroraplanning.co.uk.  Or, if you would like to see our other blogs or sign up for email updates, please click here. 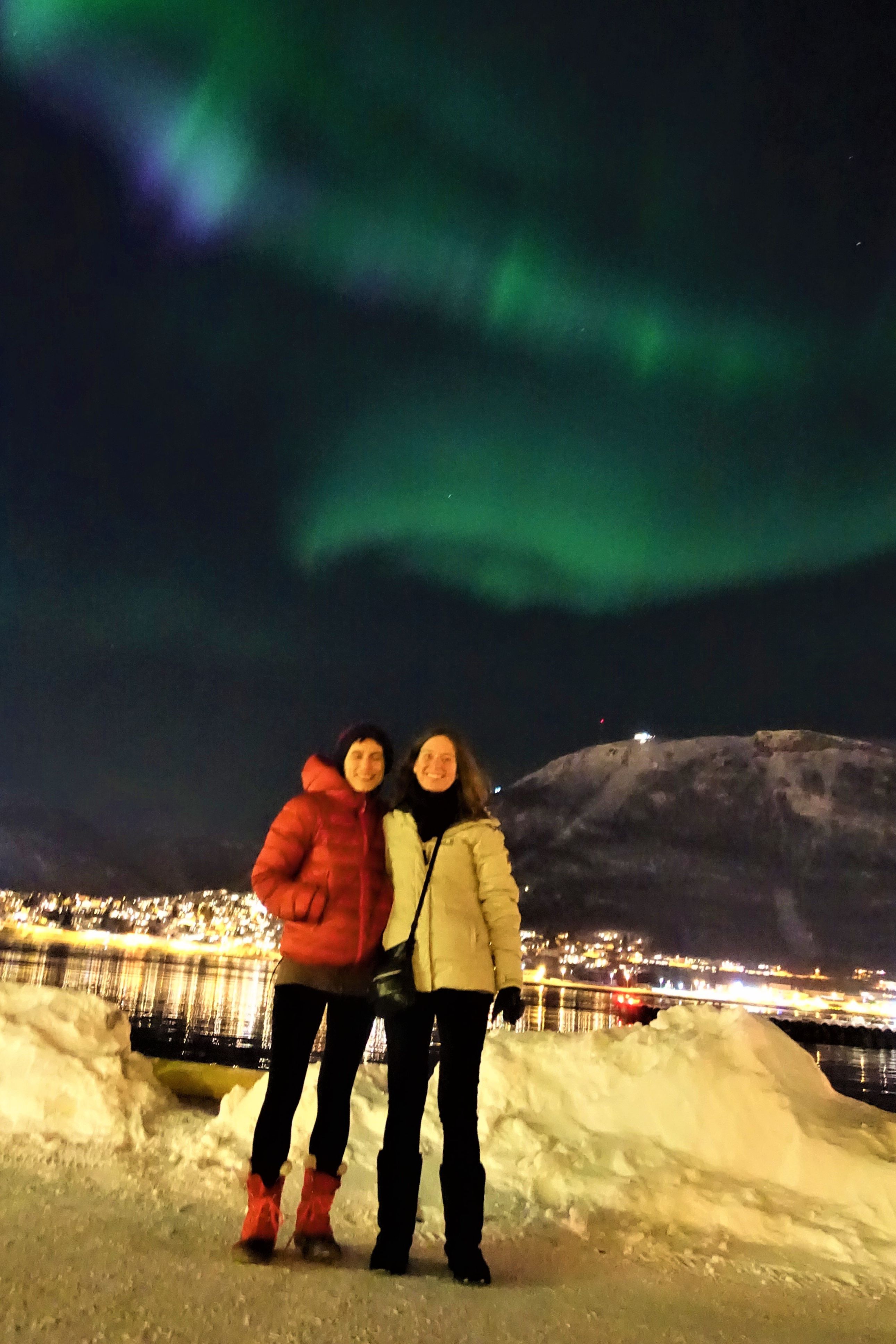