This time last year, our May Spotlights was co-written by our intern Lisa Crossan.  This year, we’re delighted to welcome another new face to the team, graduate planner Negar Maydanchi who is assisting us for four weeks.  So below is Negar’s pick of what’s of interest this month.

The Planning (Scotland) Bill – following much speculation about the future of the Planning Bill in light of the extensive amendments made at Stage 2, and the significant additional financial and practical burdens that these would impose on both local authorities and developers, the Bill will proceed to Stage 3 of the Parliamentary process next month.  As set out in last month’s blog, this is the final opportunity for MSPs to propose amendments and address issues raised at Stage 2, and a decision will then be taken on whether or not the Bill should pass.  For further updates on the progress with Stage 3, watch this space….

Edinburgh traffic-free days – Edinburgh has become the first city in the UK to join the world-wide Open Streets movement, with the aim of improving air quality and promoting a healthy, active and inclusive city.  The movement involves the regular temporary closures of streets to all but pedestrians and non-motorised vehicles and, in Edinburgh, these traffic free days will take place on the first Sunday of the month for an 18-month trial period.  Reports following the first road closures at the beginning of this month indicate a significant impact in terms of encouraging active travel, reducing air pollution, and creating a safer, more relaxed environment for pedestrians.

Edinburgh congestion charge – in another initiative to improve air quality in the capital, congestion charging is once again on the agenda (a previous congestion charging proposal having been overwhelmingly rejected by Edinburgh residents in a referendum in 2005). Although there are still opponents of the concept, some transport leaders believe these measures need to be reconsidered as they are being used successfully elsewhere.  On the other hand, if people anyway start moving away from private cars to sustainable and active means of travel, then Council representatives have said that congestion charges may not be necessary.  We will be watching with interest to see how this plays out, and what the implications might be for other cities in Scotland.

SESplan 2 – the proposed new strategic development plan for Edinburgh and south east Scotland, SESplan 2, has been rejected by Scottish Ministers after a lengthy examination process.  Three reasons are cited for refusal by Ministers:

This decision emphasises the importance of the linkages between planning and transport (as also highlighted by Negar’s Spotlight picks!), and the strategic development planning authority now needs to consider its next steps amid concerns about the implications this will have for planning in the region.

Third Heathrow runway – on 1 May, campaigners including five councils, residents, environmental charities and London Mayor Sadiq Khan lost a High Court challenge against the Government's decision to approve plans for a third runway at London's Heathrow airport.  However, concerns over climate change, CO2 emissions, and the contribution that air travel makes to this, have led to calls for the proposed Heathrow expansion to be brought back to Parliament for review.  So, it seems this may not quite be the end of the journey for the campaign against the third runway.

Holiday park, Culloden – following a focus on Culloden in last month’s Spotlights,  plans for a holiday park comprising 13 lodges, a cafe and shop, reception, laundry and 100-seat restaurant at TreeTop Stables, Faebuie, Culloden Moor (which falls within both the eastern edge of the greater battlefield and the Culloden Moor Conservation Area) was this month refused by The Highland Council.  The application received nearly 300 objections, with a coordinated campaign against development in the unique historic landscape and its potential impact on the surrounding woodland and the natural environment; another example of the ongoing planning “battles” in this area.

Greyhope Bay, Aberdeen – with the grant of planning permission for Greyhope Bay’s Dolphins at the Battery project earlier this year (as reported in our February Spotlights), it was great to read that Sea Watch observers have detected a series of exciting aquatic mammals including Orca whales, Risso’s dolphins, harbour porpoises and humpback whales around the Northern Isles and north coast.  The Dolphins at the Battery project is due to be completed this summer, and we look forward to that giving many more of us the opportunity to observe these incredible animals in the wild.

Strachan Primary School – although not yet a planning application, we couldn’t help but be drawn to the announcement that Aberdeenshire Council is looking for the community to come forward with ideas on the potential future use of Strachan Primary School.  These could include a shop, a café, or even a gin distillery….  The options will be considered by Aberdeenshire Council’s Education Committee soon, but there will be no surprises as to which one the Aurora Planning team are hoping for!

Waste not, want not – Springfield Properties appeared in the news this month as the first developer using plastic waste in public roads and asphalt, with twenty tonnes of recycled material (equivalent to more than 17,000 carrier bags) having been used on a 60ft stretch of new roadway at their Linkwood Steadings site in Elgin.  The company believes that the product is more environmentally friendly than traditional alternatives as it reduces the need to use bitumen, a semi-solid form of petroleum.  It will be very interesting to see what scope there is for this to be used more widely.

The obvious highlight for us this month is having Negar in the office, providing an extra pair of hands, as well as some fresh insights and ideas.  It’s always good to be reminded of the importance of continually learning, and improving what we do!

Meantime, to find out how we can help with any aspect of the planning process, please visit our website or email us at info@auroraplanning.co.uk.  Or, if you would like to see our other blogs or sign up for email updates, please click here. 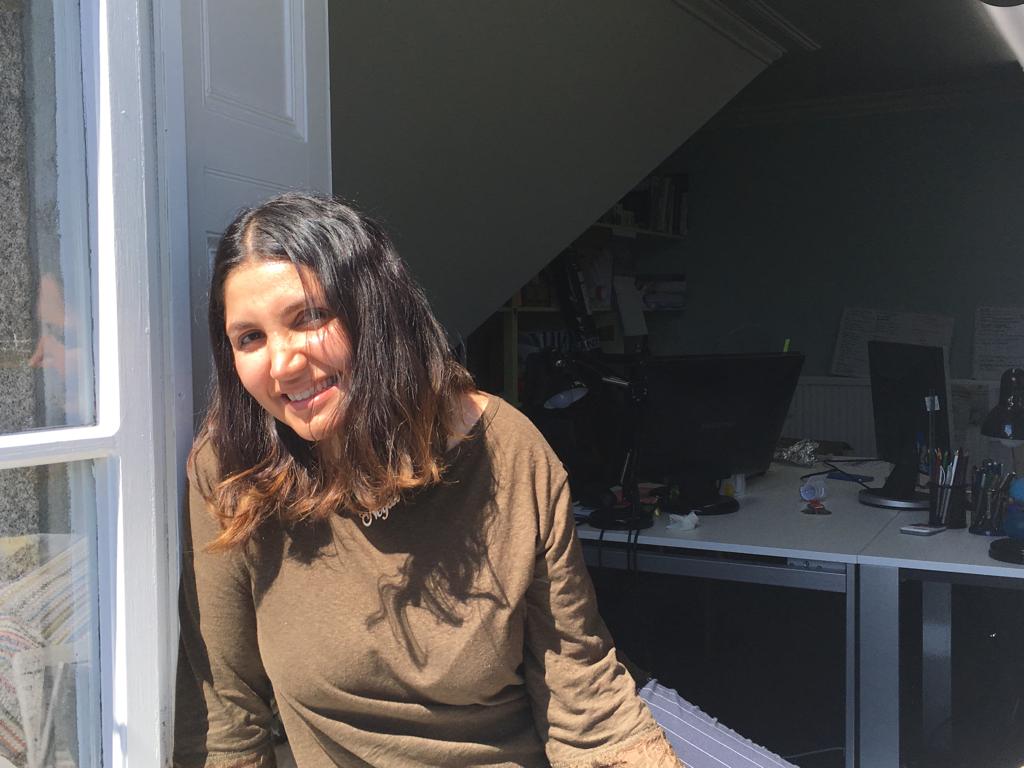