The Planning (Scotland) Bill: under scrutiny

Given that the Planning (Scotland) Bill appears to have stalled in its passage through the Scottish Parliament, not least because MSPs on Holyrood’s Local Government and Communities Committee made more than two hundred amendments to the Bill, we thought that it would be interesting to consider how the scrutiny of legislation works in Scotland.  So, this month we have a guest blog from Professor Hugh Bochel (yes, he is related!), who has a particular research interest in the workings of Scottish Parliament committees.

Essentially, the legislative process consists of three main stages, although there is effectively a final element that takes place outside Holyrood.

Stage 1 – Bills are first referred to the relevant committee (in this case, the Local Government and Communities Committee), which produces a report on the principles (additional committees may also contribute if the measure is relevant to its area of work – for the Planning Bill that was done by the Finance and Constitution and Delegated Powers and Law Reform Committees). The broad principles of the Bill are then considered by the whole Parliament and a vote is taken on it.  Unlike many pieces of legislation, even at this stage the Planning Bill was subject to a number of substantive criticisms, indicating that it was unlikely to get a smooth ride through the scrutiny process.

Stage 2 – the Bill then returns to committee for consideration and amendments, sometimes referred to as line-by-line scrutiny. This provides the first opportunity to consider the legislation and any proposed amendments in detail, and also allows the Government to offer to address any issues. Any MSP is able to attend and speak on the Bill, but only committee members are able to vote. As noted above, this is the Stage where MSPs on the Committee have proposed major changes to the Planning Bill.

Stage 3 – the Bill is then debated in the Chamber. The Government frequently introduces amendments at this Stage, which may sometimes be one means of pressuring Parliament to accept them, although equally they may sometimes be made as a genuine response and attempt to improve legislation and respond to MSPs’ concerns expressed at Stage 2.

Finally, the Bill is published in the form as passed and if there is no legal challenge to the Supreme Court in relation to it being within the legislative competence of the Parliament (from the Advocate General, the Lord Advocate, the Attorney General or the Secretary of State) within a four week ‘holding period’, the Presiding Officer submits it for Royal Assent and it becomes an Act.

As committee memberships reflect the party balance in the Parliament, clearly, at Stage 2 and Stage 3 a minority Government can face significant challenges, as with the Planning (Scotland) Bill, as they can be outvoted by the other parties. For example, the current Local Government and Communities Committee consists of three SNP MSPs, two Conservative MSPs, one Green MSP and one Labour MSP. Particularly when they have common concerns, the opposition parties are therefore able to make considerable changes at Stage 2, and the Government might be uncertain of its ability to reverse them in the Chamber at Stage 3. This may be a key reason why Kevin Stewart, the Minister for Local Government, Housing and Planning, is now seeking support to “rescue” the Planning Bill.

In theory, at least, this puts them towards the more powerful end of the spectrum of committees in west European legislature, although other factors, such as the strength of party discipline, may work against that.

In broad terms, the Scottish Government usually gets its legislation through, and indeed makes most of the amendments as the legislation is scrutinised, including as a result of pressures from outside Parliament and issues that are raised by committee scrutiny. However, Parliament exerts influence in a number of ways, including ‘anticipated reaction’, with Governments making decisions about what legislation to make and actions to take based upon their interpretation of how Parliamentarians will react. In addition, in many cases MSPs will propose amendments, initially perhaps to highlight issues, and later withdraw them, for example because Ministers either produce an adequate response or undertake to respond to those concerns. Attempting to assess the impact of Parliamentary scrutiny is therefore challenging. In the case of the Planning Bill, however, it currently appears that the scrutiny process has had a significant impact on legislation affecting the potential future of the planning system in Scotland, although what that impact will ultimately be remains to be seen.

In terms of the quality of scrutiny and the legislation that finally emerges, while there have been criticisms of the Scottish system (for example, of the small size of committees and the relatively high turnover of members, which is sometimes seen as diluting specialism), they are not dissimilar to those associated with other Westminster-style legislatures, with Governments inevitably having greater resources to produce policy than Parliaments do for their scrutiny of it.

Although the new Planning Bill was introduced only 10 years after the enactment of the Planning (Scotland) Act 2006, it is interesting to note there has been relatively little change in the planning system compared with the quantities of legislation in areas such as social security or policing.  In any event, trying to legislate well is always going to be a challenge in a rapidly changing world, and where a whole variety of interests are able to put pressure on political parties, Parliaments and Governments.

Whilst not claiming to be an expert in planning, as an interested outsider, it looks like the Planning (Scotland) Bill was seeking to ‘free up’ the planning system to help development, while at the same intending to better engage communities. But, given spending cuts to local authorities and others, they have arguably found it harder to operate as well as they might like, so more people and groups may feel that the planning system is not working for them, and, at least in part, it appears to be a response to that which has led to many of the amendments to the Bill and the difficulty now facing the Government in achieving its initial intentions. 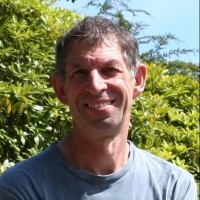 Whatever happens with the Planning Bill, if you would like to find out about how aurora planning can assist you in any aspect of the planning process, please visit www.auroraplanning.co.uk or email info@auroraplanning.co.uk.  And, to receive future blogs and updates by email, please click here.